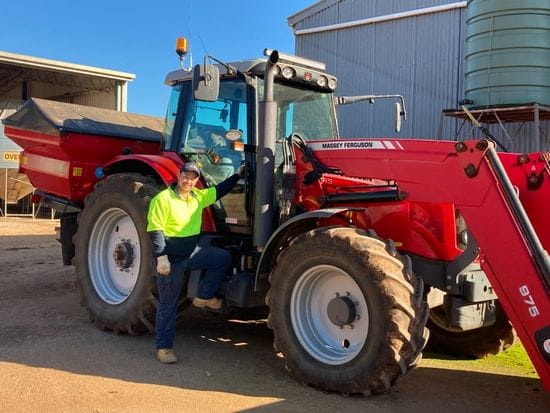 An agricultural career appealed to Cody at school as he wanted to work with heavy machinery and tractors and has enjoyed increasing his knowledge in cropping, chemicals and the jobs required during certain times of year. Cody enjoys everything about his job, including the fresh air and reinforced this by stating there isn’t a job he doesn’t like doing.

Scott from Crawford Park advised the benefit of partnering with Statewide Group Training and Midstate Employment to employ staff has meant ‘everything is taken care of for me, timesheets, holidays, WHS, it’s all dealt with and regular cheery visits from Tracy our SGT Midstate Regional Manager’.

Statewide Group Training will be at the Yorke Peninsula Field Days 28th-30th September 2021 and look forward to discussing how we can assist you with Apprentices and Trainees. 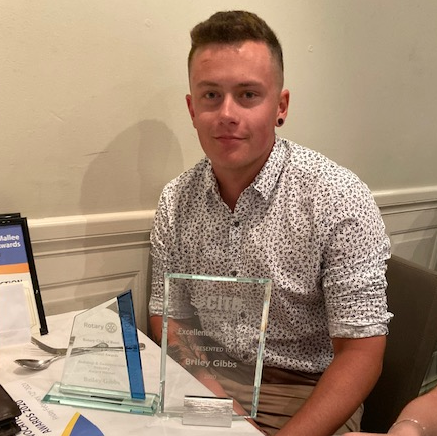 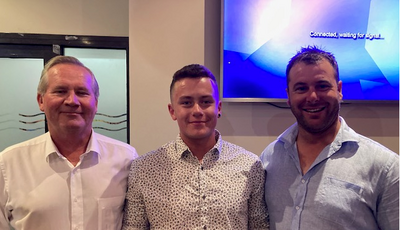 Also in the picture on the right is Briley's Host Employer, Ben Williams of Ben's Constructions, who has been a massive support and mentor for Briley throughout his apprenticeship.  Greg McLean, Statewide's SA Regional Manager (on the left in the picture) was rapt that Briley deservedly won Runner-Up for Apprentice of the Year.

Briley commenced his apprenticeship with Statewide as a school-based apprentice.

Ouside of work, Briley is also a high achiever - winning the 30hp standard class in the Riverland Dingy Derby with a close friend.

Congratulations to Graeme Swan on completing his Diploma of Engineering Advanced Trade on 26th November 2020. 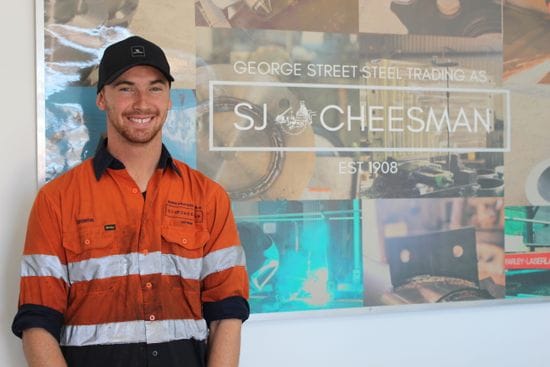 Graeme was hosted by respected employer SJ Cheesman for the term of his apprenticeship where he completed Certificate 3 in Engineering (Mechanical Trade) and progressed to Diploma. Graeme has gained a diverse range of mechanical engineering skills and experience and will continue to work at SJ Cheesman. We wish Graeme all the very best for the future.

Congratulations to Mitchell Grantham on completing his Carpentry apprenticeship at Northern Industries! 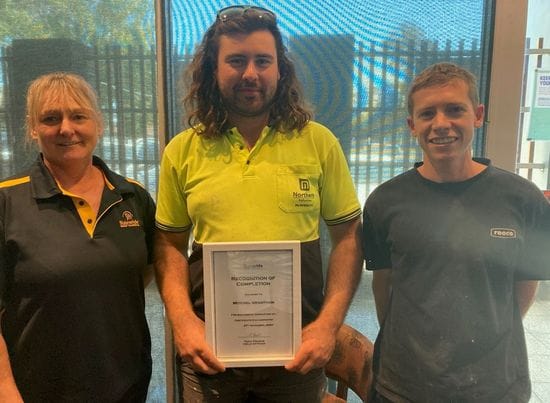 Congratulations to Mitchell Grantham on completing his Carpentry apprenticeship on the 27th November, 2020.

Mitch was hosted by Northern Industries for the term of his apprenticeship where he gained a diverse range of skills in all aspects of building and construction.  Mitch will continue working with Northern Industries and we wish him all the very best for the future.